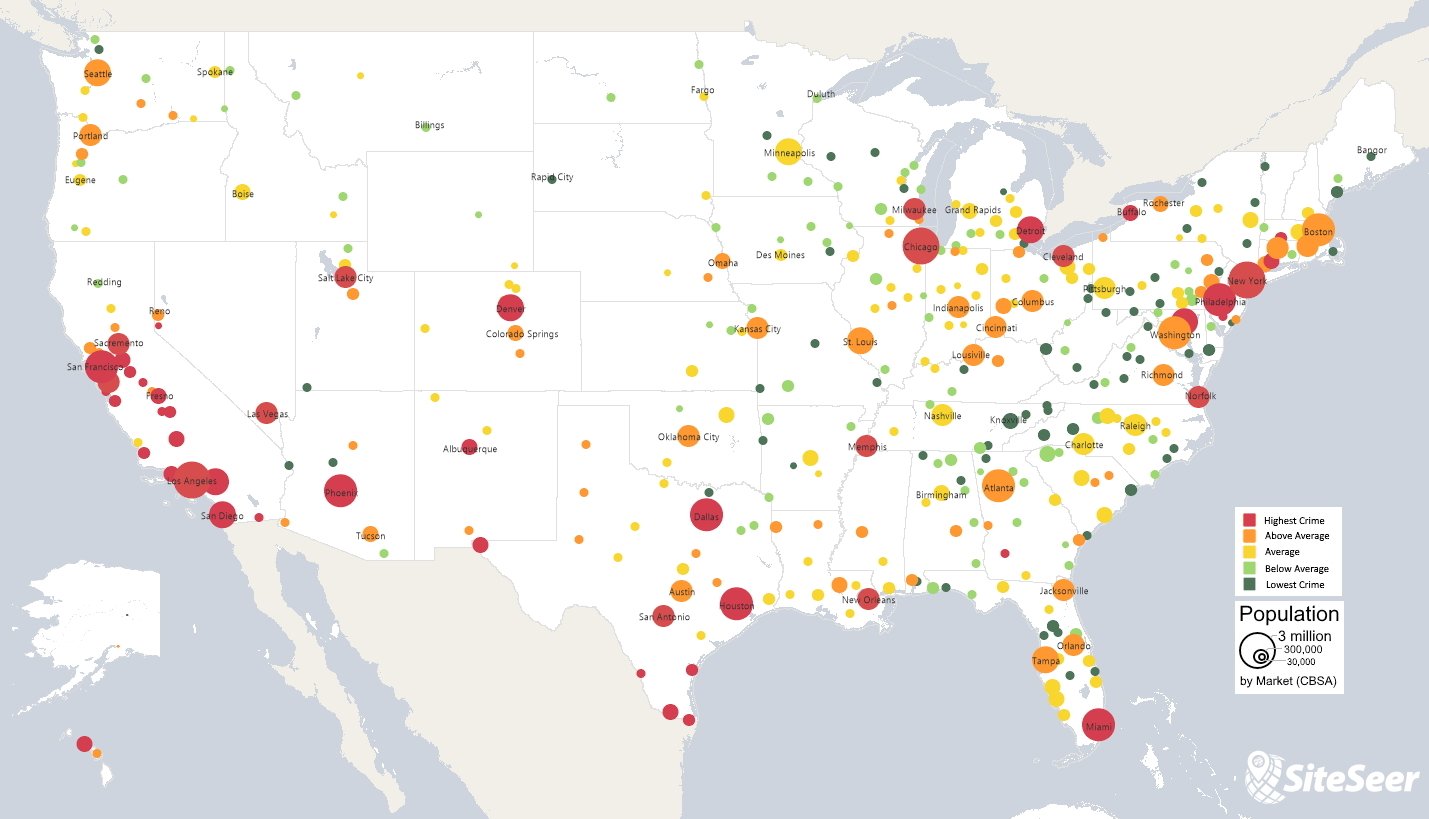 We all know that 2020 has brought about many changes in the way people live—and where they live. With the ability to work from anywhere, many people have begun to rethink their priorities when it comes to deciding on the place they choose to call home…and why.

At SiteSeer, when news and trends start to emerge, we always like to look to the data to dig into the why. This new data study series on market population, migration and the factors that drive where people choose to relocate is starting with something that is top of minds for many people when picking a place to live and/or raise their families: crime.

As mentioned, this study will be the first in a series that assesses how (if) population is impacted by a wide range of factors. The first factor we’ll look at is crime, but future blogs will evaluate weather, the cost of living, geographic elements, and any suggestions you, our audience, bring to us!

This year, we’ve certainly seen a migration in population that many assume has something to do with the effects of the coronavirus outbreak, but it’s likely, of course, that there’s more to it. We wanted to know: what are people looking for when choosing where to live? Does a city’s or town’s crime rate influence their decision to move there?

Most studies look at crime by city – and often in cities over 100,000. This methodology is misleading for several reasons:

So, is crime a factor in which markets people are choosing to move to?

Most people would agree that crime rate is a factor in where they choose to live and work. One would presume, then, that there would be a positive relationship between lower crime and in-migration, right?

That does not appear to be the case.

In September 2020, we looked at metropolitan and micropolitan area growth between 2018-2020. When we match up our crime statistics with growth, there is a R2 = 0.13 correlation between crime and population growth. For the non-statisticians, the positive correlation means…

Take a look at the map

The map above gives a visual explanation of what we’re seeing: that crime happens everywhere AND the markets with population growth also have higher crime, generally.

We’ll continue to study data related to population in the months to come, and in the meantime, contact our team if we can answer questions. SiteSeer is always here to help companies make more accurate, data-driven decisions about where to locate. Our software is designed to help you make market decisions that are driven by data science, not gut feel.

Source: STI: LandScape 2020 by Synergos Technologies. Crime rates are based on latest FBI Uniform Crime Reporting (2018-2019). Crime indices used in this study are a weighted combination of crime in 5 categories (violent crime – assault/robbery and property crime – burglary, auto theft, larceny/theft). These five categories have been normalized and weighted according our subjective view of severity, i.e. violent crime receiving much greater weight than property crime.